Chat with us, powered by LiveChat
Back
FXTrading.com \ FXT Analysis \ The Fundamental and Technical Analysis of Gold and Forex

The Fundamental and Technical Analysis of Gold and Forex

The financial markets have been quite volatile since the start of the New Year.  The US dollar index (DXY) dropped to two months low in the second week of January while the gold price ended at $1818.05 after placing a high of $1829.21. The silver price moved in a similar pattern during the second week and closed at $22.94 after hitting a high of $23.30.

The precious metals have been gaining since the start of the pandemic mainly because of the ultra-low interest rates and the asset purchase program to support the economy. Historically, the supportive measures lead to a higher inflation rate and it pushes the gold demand to the upside. However, last Thursday, the FED governor told the congress committee that reducing the inflation rate is now the central bank’s top priority. She said the Fed rate committee has proposed a series of interest hikes this year. She also pointed to the measure Fed is working on to end the asset purchasing program no later than March.

The comments from Ms. Brainard put negative pressure on gold and it failed to post a fresh monthly high despite moving above the $1800 resistance level and a weak US Dollar. The analysts are now of the view that gold’s long-term fundamental outlook is now shaky and the demand will subsequently decline in the coming months.

However, in the short-term analysis of gold majority of analysts maintain a bullish bias. The two main contributing factors to bullish forecast are the rising inflation and the weakening of the US dollar. The US treasury yield has also started to indicate some signs of weakness. In addition, the seasonality studies suggest that January is historically the best performing month in the year for gold and other precious metals. So in a near-term analysis of gold, there is enough tailwind to support the gold price. In the next two to four weeks, the gold may rise towards $1833 and subsequently to $1855.

In Forex, the strong inflation numbers and a hawkish Fed policy have failed to support the US dollar.  The greenback lost nearly 0.8% in the second week of January against its major rivals. This is the sharpest weekly decline since May 2021. The weakening US dollar helped EUR/USD to break above the long consolidation phase and the single currency gained nearly 0.8% to close the second week at 1.1414 against the USD. The GBP/USD also extended the gains while the JPY has strengthened nearly 1% against the US dollar.

As of now, it seems the investors have already priced in the likelihood of FED bringing the interest rate under 2% during this year, and it is not helping the US dollar to gain upwards traction. However, any indication on the possibility of raising interest rate beyond the 2% level could once again turn the US dollar bullish.

The technical analysis of gold suggests a small pullback towards the start of third week but the overall technical structure points to a moderate rise in the next couple of weeks to a month. Currently, the $1832 is the first resistance and a breach above this resistance level will pave the way to a further advance towards $1842 and $1857 resistance levels. On the downside, the $1807 is the first support level and is likely to hold moderate pullbacks while the $1791 is the major support level.

As of the last weekly closing, the gold price is above the 21 and 50 periods moving averages which further favors the bullish bias in the coming weeks. In addition, the price is also above the descending trendline from the high in August 2020 to June 2021 as well as the ascending trendline from August 2021 to September 2021. The MACD is above the zero line and despite the last two bearish sessions, the histogram is in the positive zone.

Technical Analysis of the US Dollar

The technical analysis of DXY points to further bearish momentum. The index has breached below the trendline from the low in November 2021 to January 2022. The MACD continues to trend lower through its signal line while the current level also remains below the 50 period moving average. The next major support level is at 94.54 and a break below this level can extend the pullback towards 94.00. The Fibonacci retracement drawn from the low in May to the high in November 2021 shows the 38.2% retracement completing at 94.11 which further favors the bearish bias. Given this technical structure, the greenback is likely to remain under pressure in the next couple of weeks and cause its rivals to gain.

The EUR/USD is set to gain further above the recently breached consolidation phase. From a weekly perspective, the pair is headed towards 1.1522 while a breach above this level will help bulls move towards the next major resistance at 1.1608.

Contrary to EUR/USD, the daily chart of GBP/USD is indicating a bearish formation with a shooting star at the peak. In the near term, the bearish formation may lead to a moderate pullback towards 1.3580. However, from a slightly long-term perspective, the bullish momentum appears intact and the pair is likely to post moderate gains in the next couple of weeks.

Meanwhile, the USD/JPY is currently moving near the Fibo 38.2% retracement level and a small recovery is on the cards. However, in the next couple of weeks, the yen seems to be strengthening and the pair is likely to drop towards the Fibo 50% retracement level (112.79). 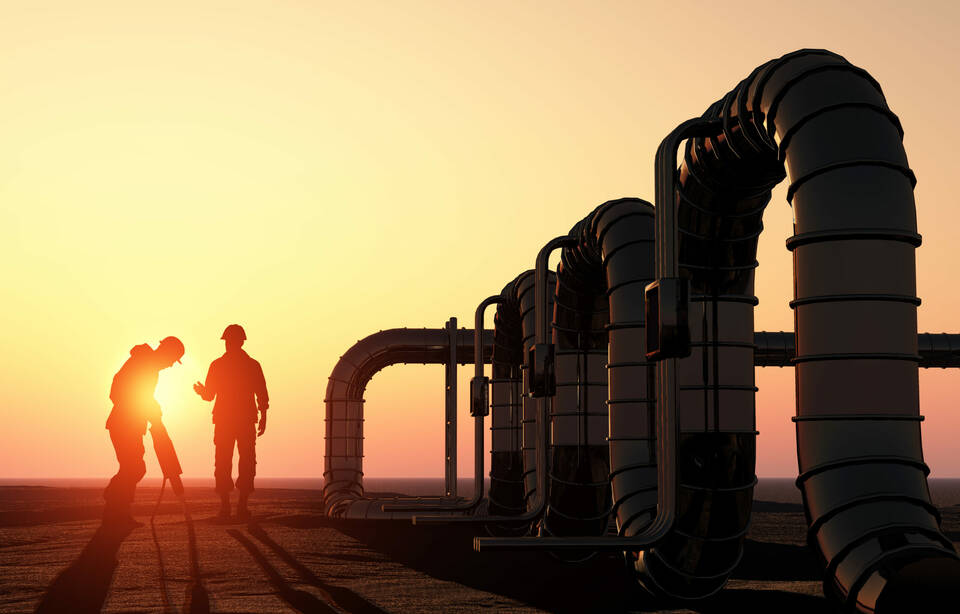 Euro Stocks Are Up, While Natural Gas Keeps Falling