Chat with us, powered by LiveChat
Back
FXTrading.com \ FXT Analysis \ Powell Expected to Risk Recession with Rate Hikes as US Inflation Rides to 40 Year High

A US recession is looking increasingly unavoidable, with Federal Reserve Chair Jerome Powell lacking any optimum monetary policy options as inflation in the US continues to rise to multi-decade highs.

Official data released on Friday indicates that US inflation rose to a new four-decade high of 8.6% in May, as compared to consensus forecasts of 8.3% from economists.

The latest inflation print puts even greater pressure on both the Federal Reserve and President Joe Biden to launch strict measures to contain breakneck gains in consumer prices, as hardship worsens for everyday Americans and their savings are steadily eroded.

The Fed has implemented two increases to the benchmark rate since the start of the year in the months of May and June, that have led to a cumulative increase of 75 basis points.

Leading analysts now consider rate hikes in 75 basis point increments to be a very likely option in the near-future. The necessity of such increases highlights the essential dilemma of central banks when confronting the impasse of raging inflation.

As the overseer of US monetary policy Powell is entrusted with two critical missions whose concurrent successes under present conditions appear to be nearly impossible.

On the one hand, Powell is tasked with taming the raging inflation which has roiled the US economy since the start of 2022, and that observers have variously imputed to Covid-related supply chain disruptions, disturbances in global energy markets as a result of the Ukraine military conflict, as well as fiscal and monetary policies launched during the early stages of the pandemic.

On the other hand, Powell is also entrusted with maintaining a reasonable momentum of economic growth and avoiding recession, so that employment levels remain at healthy levels.

Loss of jobs in the current economic environment would cause especially severe hardship, given the breakneck levels of inflation that the Fed is simultaneously tasked with containing.

The crux of the problem is that the monetary policy actions designed to solve either of these challenges will have the invariable effect of exacerbating the other.

In order to contain inflation, Powell will need to constrain credit extension, with the primary tool at his disposal being hikes to the benchmark interest rate. By increasing the cost of borrowing the Fed can dampen economic activity, which will in turn have the effect of easing growth in prices for goods and services.

The very act of dampening economic activity means constraining growth however, thus frustrating the fulfilment of the Fed’s other primary objective of keeping employment at reasonable levels.

Should Powell opt to keep borrowing costs low in order to support economic activity, avoid a recession and keep employment levels buoyant, this will likely mean that inflation continues unchecked, having a disastrous effect upon the cost of living and the savings of ordinary people.

Given the recent rise in US CPI to a 40 year high, many observers believe that the most likely course of action for Powell is to contain inflation by continuing to raise interest rates. This will very likely have the adverse side-effect of tipping the American economy into a recession.

Former Fed Vice Chair Alan Blinder believes that economic recession and higher unemployment could be necessary to tame inflation, and drag it all the way down the more than 6 percentage point gap between the print in May and the target rate of 2%.

“The chairmen of the Fed doesn’t want to let the ‘r’ word slip out of his mouth in a positive way, that we need a recession,” said Blinder to Bloomberg. “But there are a lot of euphemisms and he’ll use them.”

Inflation has reached such an extreme since 2022 however, that President Biden has sent strong signals of support for actions from Powell that could lead to recession.

Biden has recently stressed the independence of the Fed in acting to contain inflation. On 8 June he told late night talkshow host Jimmy Kimmel that “inflation is the bane of our existence”.

Should Powell push through with even higher rate hikes in the near-term, it will have the effect of supporting the US dollar by increasing yields on dollar-denominated assets.

This will especially be the case should other major banks, such as the European Central Bank and the Bank of Japan, refraining from pursuing similar rate increases that would buoy the returns on financial assets denominated in their own respective currencies. 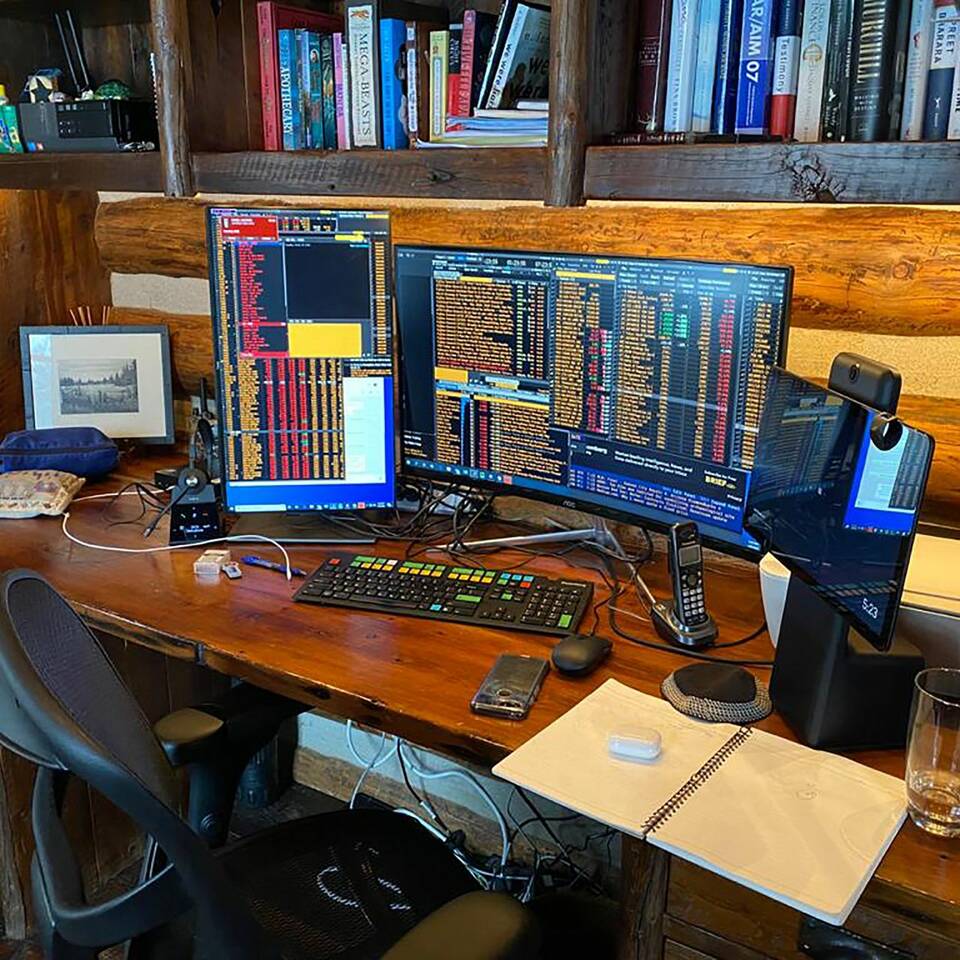 The Fundamental and Technical Analysis of Gold and Forex