Understand the common costs involved in CFD trading and
how they can affect your returns.
OPEN ACCOUNT

USD/JPY: Failure to test the 117.00 level is a clear bearish signal – MUFG 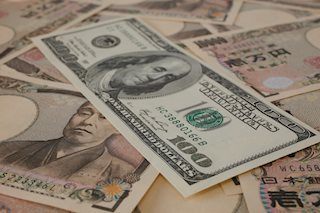 Analysts at MUFG Bank point out that assuming US dollar sentiment improves more broadly, some USD/JPY recovery is feasible but they consider the current correction could be a sign of the beginning of the end of the trend higher that began at the start of last year.

“Yields do continue to grind higher in Japan with today the 5-year JGB yield hitting - 0.015%, the highest level since the BoJ implemented its negative policy in January 2016. But the move is likely more a reflection of front-end rates in the US grinding higher than any fundamental shift in view in Japan. It will though along with the Reuters article create greater focus on the BoJ meeting next week.”

“The failure to test the 117.00 level is a clear bearish signal for USD/JPY. We had assumed dollar positive momentum would get us there before JPY recovery took hold. That failure and the fact that the market was short JPY means the prospect of a quick rebound is diminishing. We have long argued the case for a correction and it seems that has unfolded a little sooner than expected.”

Have your finger on the pulse

Any advice included in this website or correspondence is general advice only and is based solely on consideration of the investment or trading merits of the financial products alone, without taking into account the investment objectives, financial situation and particular needs (i.e. financial circumstances) of any particular person. Before making an investment or trading decision based on the advice, the recipient should carefully consider the appropriateness of advice in light of his or her financial circumstances and should carefully review the Product Disclosure Statement regarding the relevant financial product as provided by your investment broker. Investing in over-the-counter derivatives carries significant risks and is not suitable for all investors. You could lose substantially more than your initial investment. When acquiring derivative products, you have no entitlement, right or obligation to the underlying financial asset.

Restricted Countries: Please note that we are unable to open accounts for the following countries and jurisdictions at this time. This list is subject to change at any time.
America (USA), Ontario Province inside Canada, North Korea, Iran, Japan, and New Zealand.

The information on the website is not directed to residents of any country where FX and /or CFDs trading is restricted or prohibited by local laws or regulations.

Simply fill in the below form for more information