Understand the common costs involved in CFD trading and
how they can affect your returns.
OPEN ACCOUNT 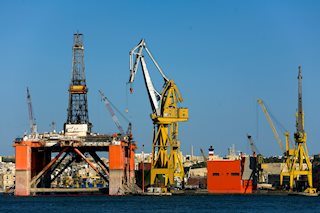 Oil markets have recovered from Thursday’s very mild stumble and are back on the front foot on Friday. Front-month WTI futures have in recent trade been probing highs of the week and its best levels since early November above $83.00 per barrel as crude oil bulls eye a breakout towards 2021 highs in the $85.50s. Geopolitical tensions are bubbling, with the market’s perceived likelihood of a Russian military intervention into Ukraine increasing (Russian and Ukrainian dollar bonds have been getting hammered). The impact of an outright Russian invasion on global oil supply isn't clear, but Russia is one of the world’s biggest producers, pumping more than 11M barrels per day (over 10% of daily global supply).

The highly tense geopolitical backdrop isn't the only factor supporting oil prices on Friday. Indeed, there appears to be a great deal of optimism amongst banks/analysts that WTI could be headed as high as $100 per barrel in 2022. Banks and analysts have generally been citing expectations for an increasingly tight market. JP Morgan said earlier in the week that oil prices could gain $30 from here after the US Energy Information Administration and Bloomberg earlier in the week lowered their OPEC output capacity estimates for 2022 by 0.8M and 1.2M barrels per day respectively.

Meanwhile, an analyst at OANDA this week said that “assuming China doesn't suffer a sharp slowdown, that Omicron actually becomes Omi-gone, and with OPEC+’s ability to raise production clearly limited, I see no reason why Brent crude cannot move towards $100 in Q1, possibly sooner”. Analysts at PVM agree, saying “when you consider that OPEC+ is still nowhere near pumping to its overall quota, this narrowing cushion could turn out to be the most bullish factor for oil prices over the coming months.”

Have your finger on the pulse

Any advice included in this website or correspondence is general advice only and is based solely on consideration of the investment or trading merits of the financial products alone, without taking into account the investment objectives, financial situation and particular needs (i.e. financial circumstances) of any particular person. Before making an investment or trading decision based on the advice, the recipient should carefully consider the appropriateness of advice in light of his or her financial circumstances and should carefully review the Product Disclosure Statement regarding the relevant financial product as provided by your investment broker. Investing in over-the-counter derivatives carries significant risks and is not suitable for all investors. You could lose substantially more than your initial investment. When acquiring derivative products, you have no entitlement, right or obligation to the underlying financial asset.

Restricted Countries: Please note that we are unable to open accounts for the following countries and jurisdictions at this time. This list is subject to change at any time.
America (USA), Ontario Province inside Canada, North Korea, Iran, Japan, and New Zealand.

The information on the website is not directed to residents of any country where FX and /or CFDs trading is restricted or prohibited by local laws or regulations.

Simply fill in the below form for more information